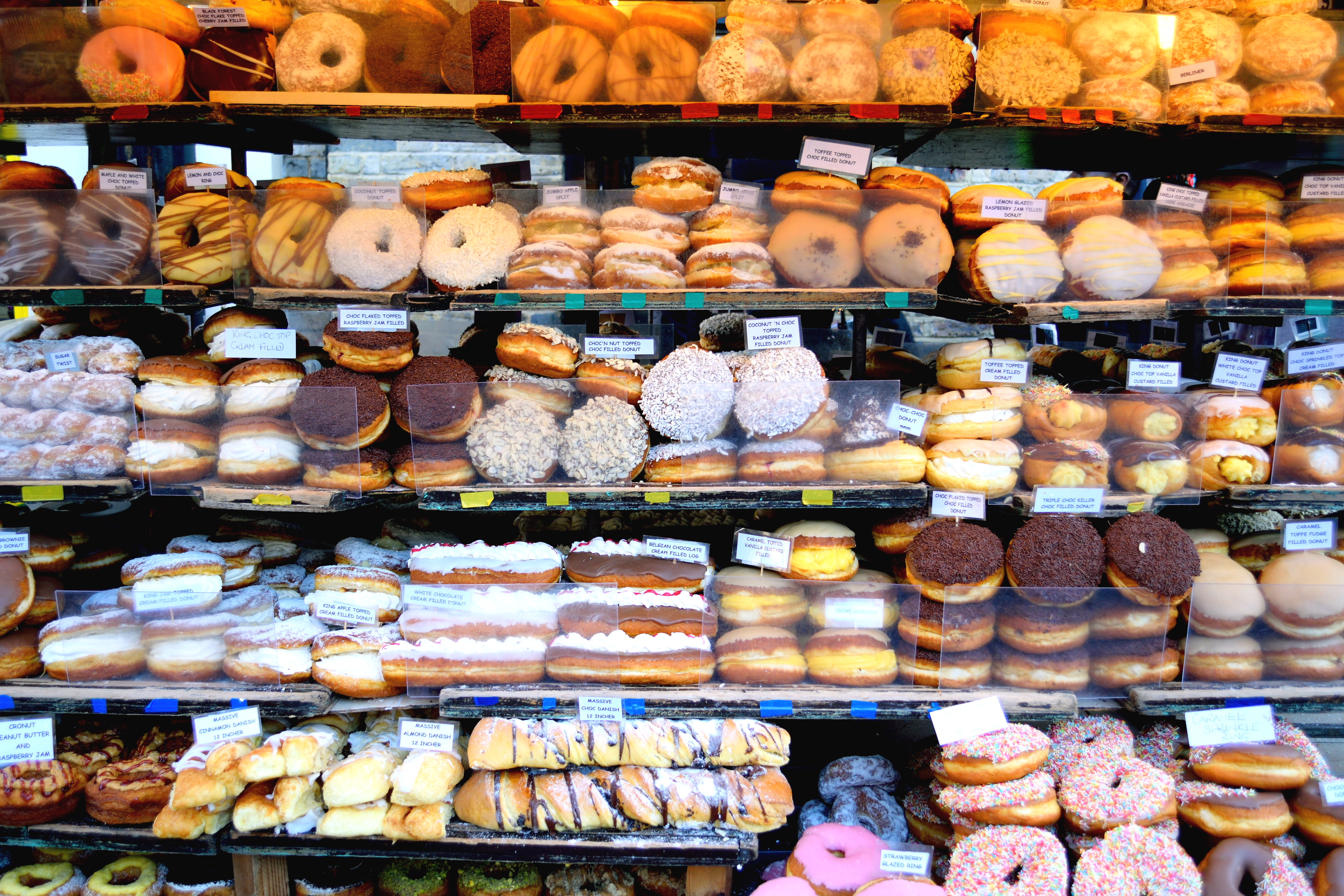 Did you know that more than ten billion donuts are made in the United States every year? If you would like to enjoy this morning delight, head to one of these donut shops near OneEleven where you’ll find everything from time-honored favorites to one-of-a-kind creations.

When Joseph Dinkel came to Chicago from Bavaria, he brought his remarkable baking skills and generations-old recipes. He and his wife opened Dinkel’s in 1922. His pastries became a local favorite, and the couple’s son joined the business ten years later. Today, the bakery remains family-owned and operated, and carries on Joseph’s tradition of offering freshly baked goods at reasonable prices. The chocolate glazed donut is the most popular choice, and it’s a classic rendition that’s not to be missed.

When Karen decided to honor her grandfather, Firecakes Donuts was born. Billy Hobbs worked in northern Wisconsin’s logging camps in the 1930s. As the camp’s baker, he began making firecakes (his take on the modern day donut). He made them over the campfire and sprinkled them with a touch of sugar. Karen bases her recipe off of her grandfather’s original, a closely guarded secret. Choices include Tahitian vanilla iced, sprinkles, and wildflower honey glazed.

The home of donut milkshakes, The Dapper Doughnut has been a Chicago favorite since 2015. The cake donuts are moist, yet slightly crunchy. The bakers prepare each one to order, and visitors can watch them work in the open kitchen. The 24 different toppings mean that the possibilities are virtually endless, and there’s something for every palate. Choices include s’mores, Fluffer Nutter, and Nutella Dream.

If you want a sweet treat instead, order loaded fries from a local restaurant instead. Along with these donut shops, our Chicago apartments are also near premier attractions and world-class spas. If you’re looking for a vibrant place to call home, please contact us. We’ll gladly show you firsthand all we have to offer.