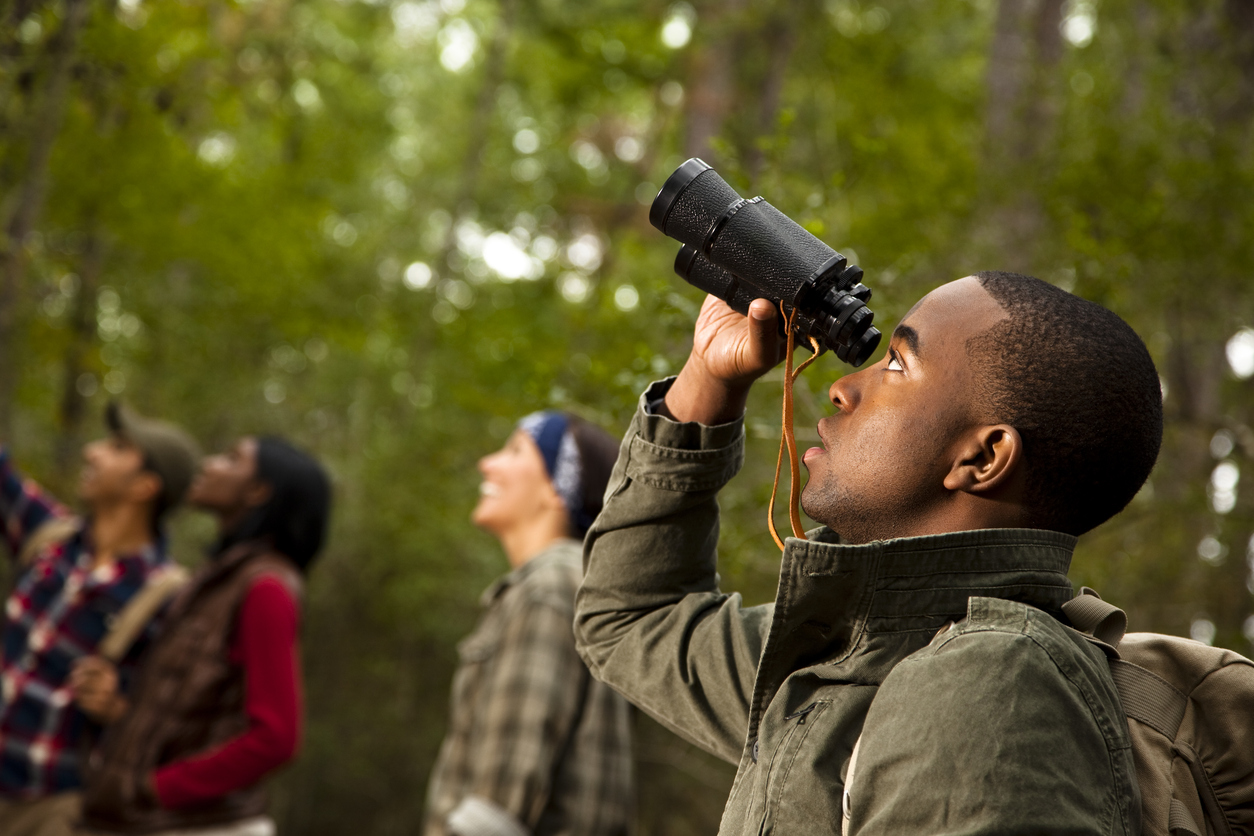 Lake Michigan commands a central position on the Mississippi Flyway, which means that every spring, approximately seven million birds pass through the city. So, if you’re an avid bird watcher, grab your binoculars and head to the Chicago Botanic Garden. This scenic 385-acre property is home to many feathered friends as well as beautiful flowers.

Medium-sized songbirds known for their large triangular bills, rose-breasted grosbeaks are common in the woodlands. Males are distinguished by their black and white feathers and the red patch that extends from the throat to the middle of the breast. Meanwhile, the females have heavily streaked brown feathers and a whitish stripe above the eye. They sing a song similar to that of an American robin.

Killdeers are charming shorebirds with long wings and tails, brownish-tan feathers, and orange-buff rumps. Though they are shorebirds, killdeers spend very little time near the water. Bird watchers can listen for the plaintive “kill-deer” call for which they are named.

During the spring, male American goldfinches are bright yellow with a black forehead and wings, while females are olive on top and yellow underneath. They are the only finch species to molt twice a year, and they often flock with common redpolls and pine siskins. They fly with a bouncy, undulating pattern, and typically call during flight. Their most common sound is “po-ta-to-chip,” though males also entertain bird watchers in the spring with their “tee-yee” courtship call.

Bird watching is just one the activities that you can enjoy if you call OneEleven Apartments home. Please contact our friendly representatives to arrange a tour. We’d love to show you our amenities firsthand.