Watch A Bears Game In Chicago 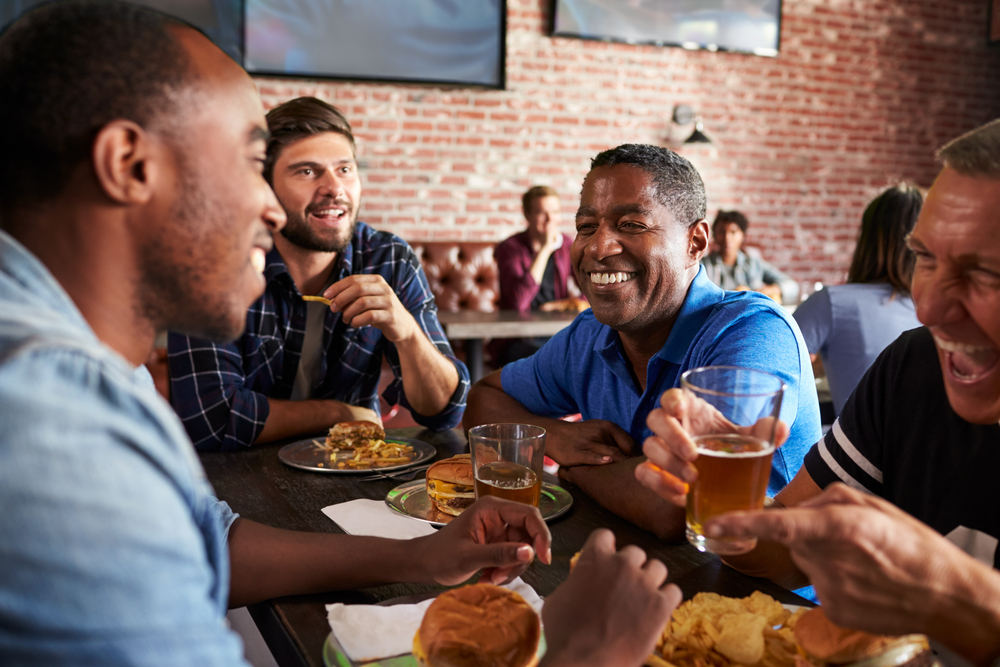 While watching the Chicago Bears in the comfort of your own home has its advantages, there is something to be said about watching the game with a crowd.

Many bars and restaurants throughout the city are packed on game day as they feature large screen televisions and a lively atmosphere.

Places to visit include:

Flagship is known as the Lakeview neighborhood’s top sports bar. It features fifteen televisions and a quad 92″ video wall so guests never miss a moment of the Bears in action. On Sundays during the season, guests can enjoy Coors Light or Miller Light for five dollars while Monday Night Football specials include deals on food and Coors/Miller buckets. The cooks prepare an array of meals such as hot wings, BYO burgers, and Baja fish tacos.

Mad River has been a city staple since 2006 as it features both an indoor dining room and a spacious outdoor patio. Guests never miss the Bears’ memorable moments as there is a display of fifty-inch televisions and individual flat screens at each booth. The service is friendly, and the cooks use market fresh ingredients to make meals such as barbecue chicken pizzas, Irish cheddar burgers, and baked mac & cheese.

Nestled just steps from the Navy Pier, Timothy O’Toole’s has been a local favorite for more than twenty years. It’s known as a sports fans’ haven with more than seventy flats screen televisions and forty-eight beers on tap. During the week, the kitchen is open until 2:00 a.m. and an hour later on the weekends. Menu options include Chicago Fire burgers, baby back ribs, and shepherd’s pie.